A machine tool spindle generates the majority of heat within a machine, which must remain cool to not damage the unit. Before integral motors were introduced (which are widely used now) belts, or gearboxes were attached to a remote motor. By having an integral motor, space is saved and higher power can be used. Most companies use a cooling jacket around the housing part these machines. Water or another coolant is used as a refrigerant. The coolant cannot mix with the motor, otherwise electrical damages can occur. The jacket houses the coolant in order to prevent direct contact.

Contaminants are also a problem with spindles. Contaminants can include chips, and excess coolant. Common containment problems occur for condensation, chip damage, or coolants leaking into the bearing system. To keep contaminates out and away from the spindle temperatures must remain consistent.

Oil is a great coolant when it comes to spindle machines. It differs from other coolants because of the industry it can be used in. For example, in the food industry food grade refrigerant is used, not oil. This is reversed in the manufacturing and processing industry. Oil has a higher boiling point than water so it can be used to cool items at a temperature of 212°F. Oil can be used as an electrical insulator, and is less corrosive than water. If water is used, it must contain an anti-rust coagulant and remain closely monitored. 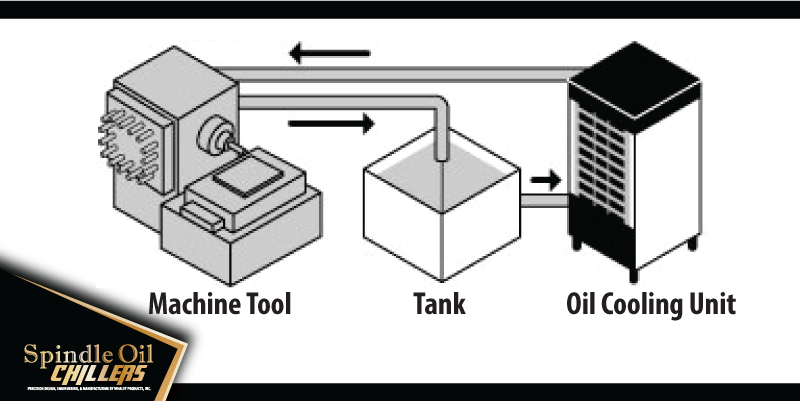